The first matriarchal culture on our journey to places where women rule is the Isthmus Zapotec society of Southern Mexico. Here the women are considered to be the more rational and intelligent of the sexes!

Traditionally, the men worked the fields by night and slept during the day, leaving the women to sell the produce at the local markets, manage the family purse, and keep up to date with the latest news and gossip.

Through the course of history the Isthmus Zapotec women, also known as Tehuanas, have inspired a succession of anthropologists, intellectuals, politicians and artists with their shrewd business skills and flamboyant nature. This has enabled the women to slowly rise to fame and become a national icon of Mexico.

In the tropical central plaza I see old men sitting around fanning themselves vacantly, and large Tehuana women clad in traditional Isthmus costumes riding noisy motor rickshaws like chariots from the film Ben Hur. Watching the oversized bodies of the women shuddering past, gives me the unnerving primeval feeling that around here – big still means powerful.

The Mexican artist and anthropologist Miguel Covarrubias in the 1940s noted:

It is normal for women to complement one another on how rotund they look – to be slim is considered a sign of ill health.

After securing a cheap room for a month in the back streets of Tehuantepec, we head out to do some sketching in the Mercado Central – the traditional stronghold of the women.

I climb some stairs to get a view out over the colourful umbrellas, while my girlfriend Katerina chooses to sit down amongst the throng of oversized women selling their goods: large bunches of tropical flowers, fruit and veg, salted fish, crabs and shrimps, and live poultry. Nobody pays much attention to us until a woman selling chickens notices she is one of the subjects of Katerina’s painting.

“You will pay for this, what if someone steals my chickens, look… you have my chickens here!” she shouts at Katerina, and points at the picture deadly seriously.

“I will come tomorrow better dressed, and with earrings, then you can paint me,” she says decidedly, shuffling her large torso back onto her small stool like a mother hen concealing her eggs.

“Paint my sister!” shouts another woman, “she sells shrimps.”

Katerina does so, but somehow manages to capture the shrimp woman as she pulls a painful grimace. 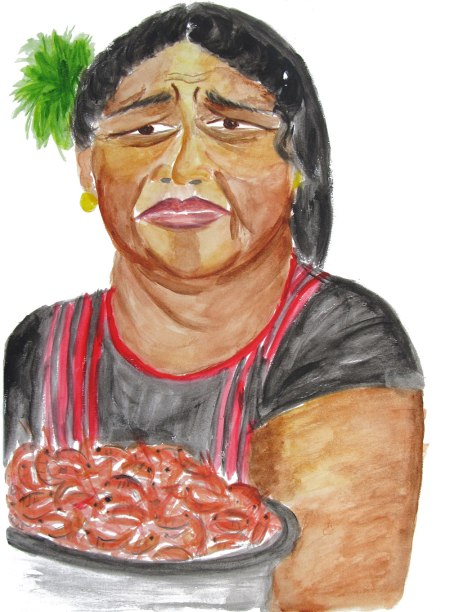 “The gringa (foreign woman) is just learning to paint, she does not know it well,” the shrimp woman says aloud, and embarrassingly holds up the picture for all to see.

“It will be my passport to the US,” she says boldly.

“They [us foreigners] come here because it is different; they are interested in our culture,” the shrimp woman explains to the crowd, “but, can we go to see their culture in the US – NO!” she says with a dismissive wave of her arms.

The shrimp woman speaks with the most commanding voice of all the market women, and appears to thrive on the attention, like a rebel leader rallying a mob of desperadas.

I join Katerina for moral support, and explain that we are not from the US, but from Europe.

“Oooh!” the shrimp woman says theatrically, and returns to her stall and chooses to ignore us from then on.

I then try to sketch one of the wild market women myself. As predicted I soon become the focus of attention, but this time the comments are a lot more complimentary. For some reason the big Isthmus women seem to favour gringos (foreign men) to gringas (foreign women).

“El senor sabe mejor (the gentleman knows better),” the chicken woman says. “If he did the picture of me it would be much better. Can you come tomorrow?”

Annoyed that the women so easily sided with me, Katerina packs her stuff up and leaves. I have to follow. It is obvious the idea of a matriarchal market has not lived up to her expectations.

Later when I catch up with her, she tries to justify to me that the market women must see female tourists as competition and feel compelled to put them down.

“It’s the same as what men do to each other, when fighting for macho supremacy in the bar!” Katerina justifies, still visibly angry from the whole affair.

I agree with her, but secretly think that what my girlfriend is really annoyed about is the fact that this matriarchal society isn’t automatically friendly towards women. For me, though, this little revelation is all rather satisfying, because it suggests that women living in matriarchy behave as badly as men do in patriarchy.

More encounters with the robust Isthmus Zapotec women to follow…

Thank you for your interest in our project.

We have four eBooks out at the moment – take a look on Amazon.co.uk:

Hi, I’m an artist that draws inspiration from the oddities of cultural diversity. After art college I tried to escape the responsibility of getting a proper job by travelling around the world. This went on for the next twenty-five years! On my adventures I encountered various indigenous tribes and my painting became focused upon their struggle to adapt to an ever modernising world. This has led me to develop a more open and less inhibited approach to art. More recently I have been experimenting with animated documentary film making, and also doing some writing and sketching about alternative social structures. I am from the Jurassic Coast of Devon in the UK. View all posts by Travel Artist Simon Bird

Welcome to the quest to find a real-life matriarchy!

Our journey has taken us all around the world, to Mexico, Indonesia, China and India. Now we are compiling our investigations into a series of eBooks. 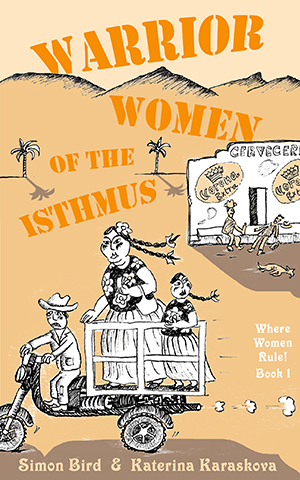 Isthmus Zapotec Culture of Southern Mexico.
Look inside on Amazon 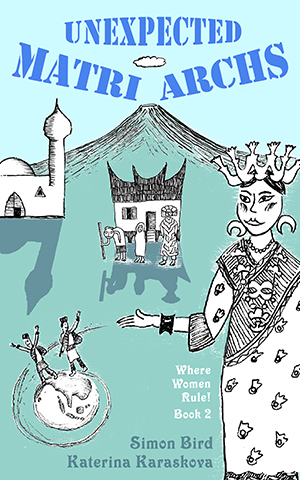 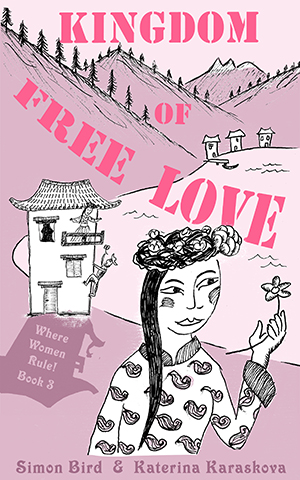 Mosuo culture of Southwest China.
Take a peek on Amazon 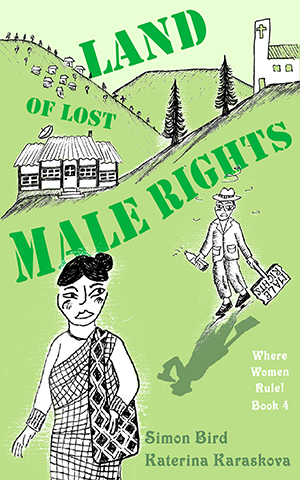